Wilson – the IoT Hat can be controlled using your smartphone!

Wilson – the IoT Hat can be controlled using your smartphone! With a LED display on top, the smart hat comes with an accompanying app to support all the features. Easy to DIY at home, this hat is even cooler than a top-notch pair of smart glasses. 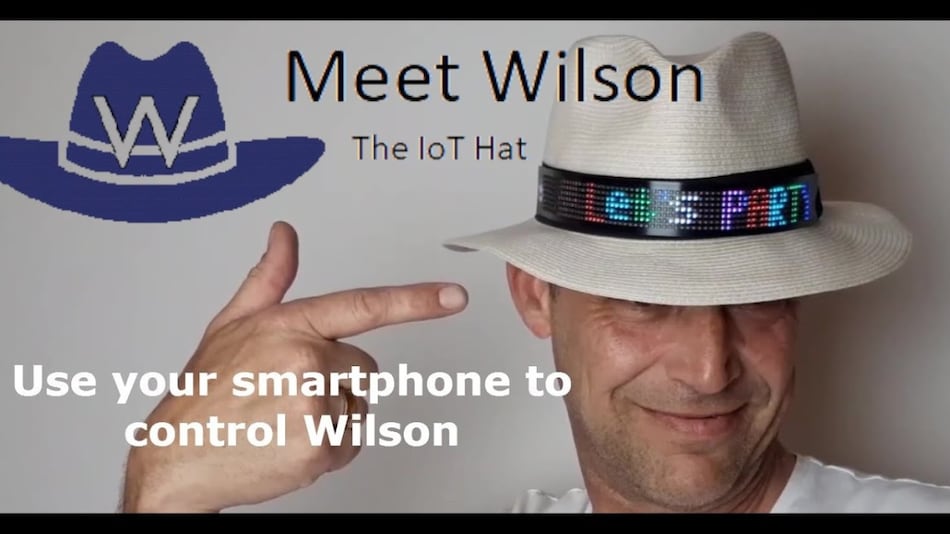 Latest wearable technological gadget in the market, the creator Olivier Zegeling claims that you can control the functions with the supporting app on your smartphone. Also, by following a few simple steps, you can make it yourself. Also, “You can even have the hat display incoming SMS messages,” says Zegeling.

Recently, Zegeling has posted a video on YouTube. In the video, he is wearing Wilson on his head and demonstrating all the functions himself. It’s 27 seconds long see, where he types a message “Let’s party” on his mobile phone and the same thing appears on the multicolour LED matrix on the hat. Made with Arduino Nano, a Bluetooth module, and a flexible Led-strip, Zegeling claims it is really cheap and easy to build it. The user can type anything to show as the display on the hat, or simply set the incoming messages to be put up for display.

For tech-enthusiasts, Zegeling has provided step-by-step instructions so they can make something similar at home. Programming for this is simple, the only concern was the type of messages people could be able to put up. To prevent foul messages and abusive language, Zegeling has introduced in it a black-list function and an auto-reply function.

There’s only a single 9V battery that powers an Arduino Nano microcontroller board, an HC-05 Bluetooth module, and an LED matrix. The LED matrix is at the top of the hat for the display to be visible. On the other hand, a few components are placed internally but no wiring can be seen. All of them tucked under the hat and hidden safely.

Wilson – the IoT Hat seems like a fun item and really cool to own. Do give it a try and DIY at home as a learning experiment.

Smart Ring With RFID Chip can replace your Wallet and House Keys!

‘Smart’ Clothes with Sensors Can be used for Sports Training