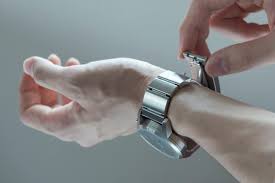 Sony’s idea of amalgamating the latest wearable technology with the most attractive designs was the corner stone and base for Sony’s Wena Wrist smartwatch, which is an acronym standing for “Wear Electronics Naturally”

The Sony Wena is a traditional analogue wrist watch with three dials and hands combined with smart features all delivered into a single wristband or a ‘bracelet’ as they like to call it, which surely will never look outdated.

Currently it is available in two models, featuring black and silver colors. It is the latest product to be launched by Sony’s crowd funded initiative ‘First Flight’

The band comes with iOS 8+ compatibility, multiple sensors and an NFC chip allowing you to make transactions and payments with watch. Wena have smart features for fitness tracking, and seven color LED and strap vibration for smart notifications. The Sony Wena Wrist users will be able to take phone calls, check messages, emails and play games.

The Wena has an IPX7 water resistant rating, so you can still wear it while doing dishes or in low threshold water activities. It has a solid 7 day long battery life and weighs about 135g.

Sony’s Wena Wrist, currently only launched in Japan will surely be a hit if it comes to US and other parts of the world. Despite of its current unavailability in US, it is great to see Sony’s First Flight platform churning out some interesting and innovative devices. 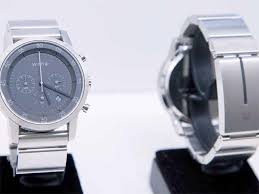 Anoosha Iqbal
A medic-in-making by day, an enthusiast for crazy side projects by night.