We have discussed concussion and its impact on the health and the life of athletes a lot of times now. CTE or Chronic traumatic encephalopathy is the result of a hard blow to the head and can lead to severe brain related problems. The sports doctors and the medical practitioners are trying to find the solution to this problem and many helmets and other wearables have been invented till now.

The mentioned study revolves around fitting athletes with a wearable called the “Q-Collar”. The difference between the Q-Collar and the other concussion devices available is that is worn on the neck. The wearable slows outflow of blood from the brain to the body by sustaining pressure on an artery. What’s essential is that the wearable protects the brain from “sloshing around inside the skull” when there is a hard blow on the head. 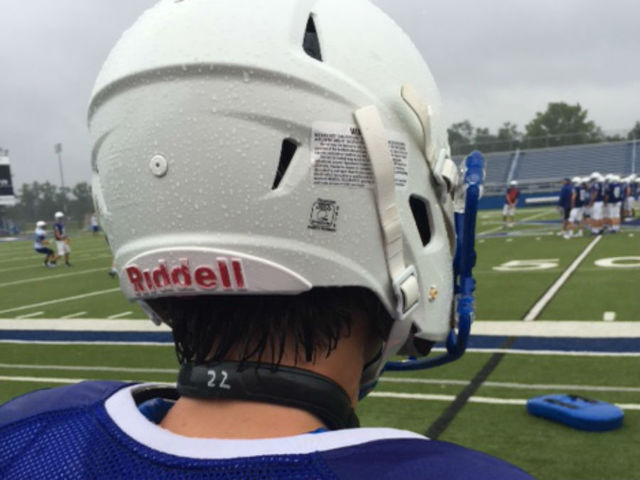 Read More; Windpact’s Helmet For Athletes Is A Solution Against Concussions

The Q-Collar was also worn by Xavier hockey players during the 2014-2015 seasons for the first time. The players who wore the collar also went under the MRI testing during the middle and end of their season. The results of the tests were positive and this is why the product was thought to be built on a larger scale.

The product was again tested on the St. Xavier football players but with accelerometer this time. This allowed Gordon and his training staff to measure and track the G-force each player experienced through a hit by way of a laptop on the sidelines.

“The accelerometer helped a great deal in the fact that we would see a big hit and be alerted to how big the hit was and whether we should check on the athletes or not. Players wearing the collar seemed to respond to bigger hits better than the players who weren’t. At the conclusion of each session, the data is downloaded to a cloud then charged and reset for its next use.”

Gordon with regards to the functioning on the Q-Collar throughout the season said that;

“When I was first introduced to the collar I was skeptical because no helmet out there can prevent concussions. When the results are published I hope to be a believer. But being on the front lines in all of this, I do believe it’s promising.”

The Q-Collar was also licensed by a subsidiary of Performance Sports Group to commercialize it throughout the sports world. The preparations are under way to introduce this to athletes and players around schools and colleges. Q-Collar is definitely the answer to all the athlete’s concussion problems.