Garmin Instinct 2: A smartwatch with PulseOX and Solar Charging Features

Information of the next iteration of Garmin Instinct has been released online on Garmin’s very own website which appeared to be a mistake. The information revealed that this smartwatch will bring solar charging along with itself in addition to the PulseOx feature.

A user on reddit was quick to find new firmware appearing in Garmin servers. This firmware had references for a certain “Instinct Solar”. The file that revealed this information is still up there and it is suspected that it was a beta version meant for testing purposes. The file is online as of yet but it probably will not be for long.

According to the leaked information, this smartwatch will also be able to measure heart beat below water. PulseOX, Body battery and Solar charging are few of the other features which will most likely be present in this smartwatch.

So far, only a few of Fenix 6 smartwatches manufactured by Garmin have solar charging capabilities so far. A see-through lens performs the solar charging duties as it sits on top of the display of the watch. Power Glass, as called by Garmin, generates around 10% more energy for the battery for all modes.

Launched over a year ago during the October of 2018, Garmin Instinct is a very strong and tough looking smart watch for outdoor settings. It brings with itself features for navigation, advanced satellite positioning, air pressure measurement, altitude measurement to name a few. It also has heart rate monitor and other activity sensors as well. 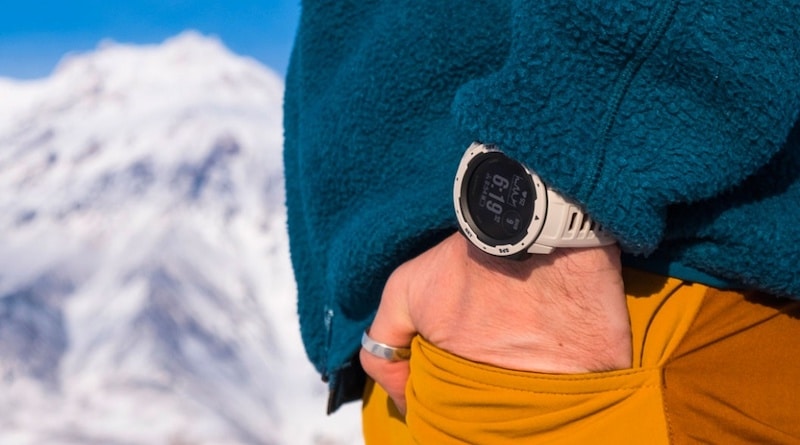 Garmin Instinct has a battery life of 14 days for its smartwatch mode so we can only expect more from the next iteration of the smartwatch. This makes perfect sense for an outdoor activity watch with so many high end features.

Garmin Instinct 2 is expected to launch at some time around summer of this year. Garmin will enjoy a busy year in 2020 as many of its products are expected to land sometime during this year.