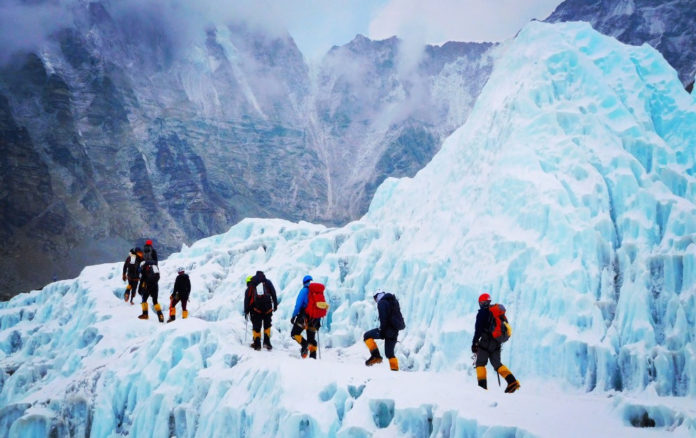 The first of its kind augmented reality Mount Everest climb is the talk of the town ever since it appeared as cover story of Sports Illustrated.

This latest issue has pictures selected from this inspirational climb. Through these pictures, the readers can grasp a general idea of the AR climb; it also features the climbers with their mobile devices using the AR camera in the LIFE VR app to activate multimedia content.

The whole climb is saved in a four-episode based VR series “Capturing Everest“. Two of the four climbers in this magnificent climb include Garrett Madison, 6 times Everest summiter, and Brent Bishop, 3 times Everest summiters. Amputee Jeff Glasbrenner covered the climb with his 360-degree video recorder. The climbers employed 360-degree video capture methods amidst bearing the ruthless conditions and barely surviving on the highest peak of the world. The VR cameras were specialized to be rigged to zip lines and body harnesses to facilitate first-person views of Everest from the climbers.

This AR documentary has been produced in collaboration with Sports Illustrated, Life VR and Endemol Shine Beyond USA. It took 2 months to film the climb. The VR series premiered on 3rd May, 2017 and has been labelled as “the first-ever complete ascent of the world’s tallest mountain in virtual reality.”