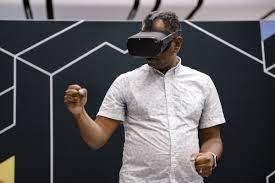 To be launched next year, the Apple Mixed Reality Headset will prove to be a tough competition to similar gadgets coming from Meta and Sony. Apple, the tech giant, has never disappointed its consumers. In fact, its user market is increasing day by day massively because of its supreme quality gadgets that are innovative in design and features.

The TF Securities Analyst, Ming-Chi Kuo, has recently released some information in his investor note about this upcoming mixed reality set. Included in the details is some relevant information regarding the expected launch date. According to him, Apple will be able to complete work on this project until next year, so by the end of 2022 will the device be available in the markets.

The same note by Kuo informs us that this Apple headset will support Wi-Fi 6E for higher bandwidth and low latency. Wi=Fi connectivity and specification are a must. In fact, it is the basic requirement for a Head-Mounted Display (HMD) for a better wireless experience. Upcoming HMDs from Meta, Apple, and Sony may all support Wi-Fi 6/6E by 2022.

Competitors Sony and Meta are currently working on their new headsets too. Reports say that they will be launching their new devices next year too. So the year 2022 will be a year of headsets, with three new models to witness!

Previously, Kuo declared that this Apple headset will not be positioned only as a gaming device, but also for other devices. Market expectations for Apple products are the highest, hence Apple design needs to be the best industrial design.

While using Sony’s Micro LED display along with optical modules, the Apple headset may be priced at $1000. In addition, it is said to deliver a much better VR experience than existing gadgets available these days.

VOIXATCH: A Smartwatch That Turns Into a Headset