Marshawn Lynch, otherwise known as the Beast Mode of the Seattle Seahawks used to wear a device called as The Training Mask before the games when he used to be at the height of his career. The guy was the topic of tons of social media memes but the wearable raised lots of question like the use of high-altitude training and its advantages when applied to the athletic performance.

Patrick McKeown, the inventor of the idea behind The Oxygen Advantage, has been inspired by the technology. However, the owner has described the device to be able to cope with the feeling of breathlessness and not some sort of high-altitude training. The main idea behind The Oxygen Advantage is to help athletes reach their required oxygen levels without any hazards. The device also ensures that it takes the shortest amount of available time for providing athletes with training when above the sea level.

Patrick has developed a quite cheap pulse oximeter which permits athletes to understand The Oxygen Advantage program. He in a statement described;

A team of experts relevant to the sports medicine and others concerned on the subject is finding various ways to introduce this High-Performance Breathing Technology to sports professionals and to the masses. The team wants athletes to keep a check on their training exercises the same way they would do in any weight room or out in the field.

Dr. Martin Denbar, an expert in airway management and dental sleep medicine, an important part of the founding team has stated that his program views the mouth as another muscle group that athletes need to train in order to perform at the highest level. He suggested;

“By practicing 10-20 minutes per day, you will reprogram the brain to make a muscle movement habit, and two you are giving those muscles the strength to do so with ease.”  Once this foundation is set, athletes are progressing to the Oxygen Advantage program designed to minimize oxygen saturation and maximize athletic output.

Currently, the two-step method of the Oxygen Advantage Program has helped many elite athletes and sports professionals to find the right amount of new efforts they wanted to exert in their games. The next step of the program is to can consult athletes locally around the world and bring High PBT to market.

General Manager Mark Andrew Zwartynski has expressed his plans about the soon-to-be technology and the methods to make it popular in market;

“We are going to roll out an app that will be able to integrate with Apple Watch, Fitbit, and other wearable technology. We are designing this with the full intent of being able to immediately adapt to any upgrade in technology.”

Apart from the mainstream coaching sessions and workout tracking the app will have the most important function to deliver. Andrew further states;

“We will be able to give you an oxygenation read of your red blood cells in real-time that will allow you to see how you are performing in terms of lactic acid build up while working out.” 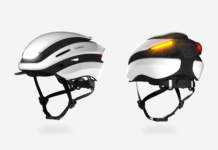 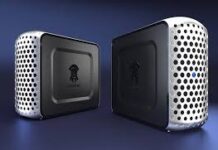 Equimètre Can Help The Racehorses Against Fatal Injuries 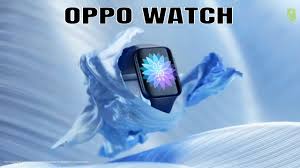